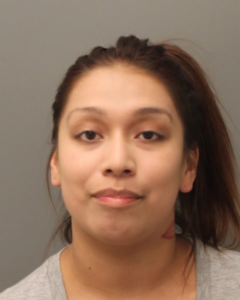 On January 8th, 2019 ELK entered into a business in the Brandon Shoppers mall where she selected several items from the clothing section and left without making any attempt to pay for them. On May 27th, 2019, police responded to an unrelated theft complaint at the Brandon Shoppers mall where ELK was in custody for three more thefts which she had committed. ELK was released from police custody however has failed to appear in court on these charges.