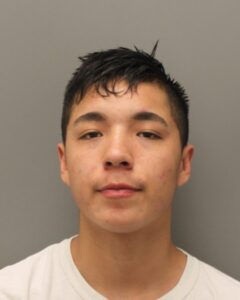 – Assault with a Weapon

On May 5, 2019, police attended to the 1400 block of Lorne Ave in response to a fight complaint. Upon arriving on scene, it was learned that a homeowner at this location had heard a loud noise in their garage. When the homeowner went to see what the noise was, they were confronted by MERCREDI who had broken into the garage. When discovered, MERCREDI then struck the homeowner over the head with a weapon and attempted to flee the scene. The homeowner was able to apprehend MERCREDI until police arrived, where he was then placed under arrest on the aforementioned charges. MERCREDI was released from police custody however has failed to attend court and is currently wanted by police.